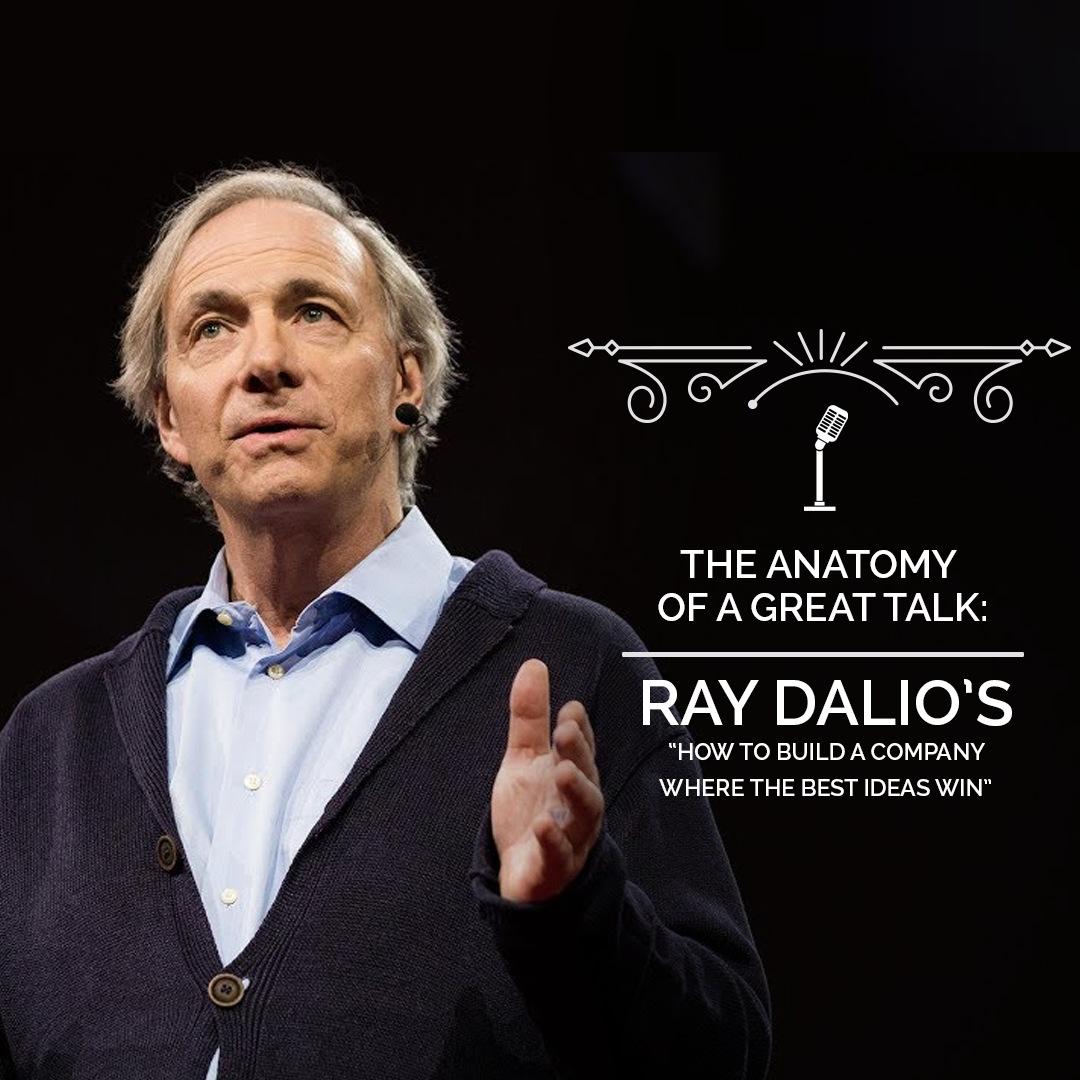 The Anatomy of a Great TED Talk: Ray Dalio’s “How to Build a Company Where the Best Ideas Win”

Welcome back to our Anatomy of a TED Talk series!

How do you know if  your idea or opinion is RIGHT?  Do you utilize collective decision making in your business?  Do radical truth and radical transparency really help a work environment?

In this “Anatomy of a TED Talk,” we are exploring Ray Dalio’s talk, who gets raw and shares his painful mistakes and how he turned them into puzzles to produce gems!

The purpose of the “Anatomy of a TED Talk” series is for you to see our framework in action and begin crafting YOUR engaging signature talk. 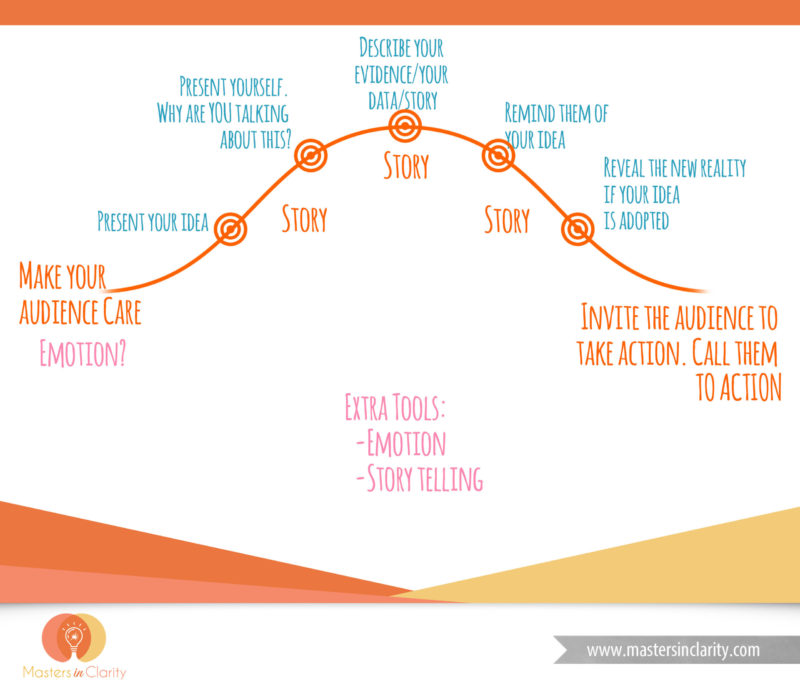 Anatomy of a TED Talk:

“Whether you like it or not, radical transparency and algorithmic decision-making is coming at you fast, and it’s going to change your life.”

“My objective has been to have meaningful work and meaningful relationships with the people I work with, and I’ve learned that I couldn’t have that unless I had that radical transparency and that algorithmic decision-making.”

“Since I was a kid, I’ve had a terrible rote memory. And I didn’t like following instructions, I was no good at following instructions. But I loved to figure out how things worked for myself. When I was 12,I hated school but I fell in love with trading the markets. I caddied at the time, earned about five dollars a bag. And I took my caddying money, and I put it in the stock market. And that was just because the stock market was hot at the time. And the first company I bought was a company by the name of Northeast Airlines. Northeast Airlines was the only company I heard of that was selling for less than five dollars a share.”

“ I had to be an entrepreneur and an investor — and what goes along with that is making a lot of painful mistakes. So I made a lot of painful mistakes, and with time, my attitude about those mistakes began to change. I began to think of them as puzzles. That if I could solve the puzzles, they would give me gems. And the puzzles were: What would I do differently in the future so I wouldn’t make that painful mistake? And the gems were principles that I would then write down so I would remember them that would help me in the future. And because I wrote them down so clearly, I could then — eventually discovered — I could then embed them into algorithms.”

“Eight years after I started Bridgewater, I had my greatest failure, my greatest mistake. It was late 1970s, I was 34 years old, and I had calculated that American banks had lent much more money to emerging countries than those countries were going to be able to pay back and that we would have the greatest debt crisis since the Great Depression. And with it, an economic crisis and a big bear market in stocks. It was a controversial view at the time.People thought it was kind of a crazy point of view. But in August 1982, Mexico defaulted on its debt, and a number of other countries followed. And we had the greatest debt crisis since the Great Depression. And because I had anticipated that, I was asked to testify to Congress and appear on “Wall Street Week,” which was the show of the time.”

“I was so arrogant, and I was so wrong. I mean, while the debt crisis happened, the stock market and the economy went up rather than going down, and I lost so much money for myself and for my clients that I had to shut down my operation pretty much, I had to let almost everybody go. And these were like extended family, I was heartbroken. And I had lost so much money that I had to borrow 4,000 dollars from my dad to help to pay my family bills.”

“It was one of the most painful experiences of my life … but it turned out to be one of the greatest experiences of my life because it changed my attitude about decision-making.Rather than thinking, “I’m right,” I started to ask myself, “How do I know I’m right?” I gained a humility that I needed in order to balance my audacity. I wanted to find the smartest people who would disagree with me to try to understand their perspective or to have them stress test my perspective. I wanted to make an idea meritocracy. In other words, not an autocracy in which I would lead and others would follow and not a democracy in which everybody’s points of view were equally valued, but I wanted to have an idea meritocracy in which the best ideas would win out. And in order to do that, I realized that we would need radical truthfulness and radical transparency.”

“What I mean by radical truthfulness and radical transparency is people needed to say what they really believed and to see everything. And we literally tape almost all conversations and let everybody see everything, because if we didn’t do that, we couldn’t really have an idea meritocracy. In order to have an idea meritocracy, we have let people speak and say what they want. Just to give you an example,this is an email from Jim Haskel — somebody who works for me — and this was available to everybody in the company. “Ray, you deserve a ‘D-‘ for your performance today in the meeting … you did not prepare at all well because there is no way you could have been that disorganized.” Isn’t that great?”

“In order to give you a glimmer into what this looks like, I’d like to take you into a meeting and introduce you to a tool of ours called the “Dot Collector” that helps us do this. A week after the US election, our research team held a meeting to discuss what a Trump presidency would mean for the US economy. Naturally, people had different opinions on the matter and how we were approaching the discussion. The “Dot Collector” collects these views. It has a list of a few dozen attributes, so whenever somebody thinks something about another person’s thinking, it’s easy for them to convey their assessment; they simply note the attribute and provide a rating from one to 10. For example, as the meeting began, a researcher named Jen rated me a three — in other words, badly –”


10:40
“This tool helps people both express their opinions and then separate themselves from their opinions to see things from a higher level. When Jen and others shift their attentions from inputting their own opinions to looking down on the whole screen, their perspective changes. They see their own opinions as just one of many and naturally start asking themselves, “How do I know my opinion is right?” That shift in perspective is like going from seeing in one dimension to seeing in multiple dimensions. And it shifts the conversation from arguing over our opinions to figuring out objective criteria for determining which opinions are best.”

“So for that last 25 years that’s how we’ve been operating. We’ve been operating with this radical transparency and then collecting these principles, largely from making mistakes, and then embedding those principles into algorithms. And then those algorithms provide — we’re following the algorithms in parallel with our thinking. That has been how we’ve run the investment business, and it’s how we also deal with the people management.”

“Collective decision-making is so much better than individual decision-making if it’s done well. It’s been the secret sauce behind our success. It’s why we’ve made more money for our clients than any other hedge fund in existence and made money 23 out of the last 26 years.”

“It takes about 18 months typically to find that most people prefer operating this way, with this radical transparency than to be operating in a more opaque environment. There’s not politics, there’s not the brutality of — you know, all of that hidden, behind-the-scenes — there’s an idea meritocracy where people can speak up. And that’s been great. It’s given us more effective work, and it’s given us more effective relationships. But it’s not for everybody. We found something like 25 or 30 percent of the population it’s just not for. And by the way, when I say radical transparency, I’m not saying transparency about everything. I mean, you don’t have to tell somebody that their bald spot is growing or their baby’s ugly.”

I want to encourage you to take our framework, and testing against talks you’ve done i the past. What could you tweak to further the engagement with your audience? Check out more in our  “Anatomy of a TED Talk” series!

We’d love to invite you to attend our upcoming Live Clarity Event!

Click HERE for more info and to reserve your spot! 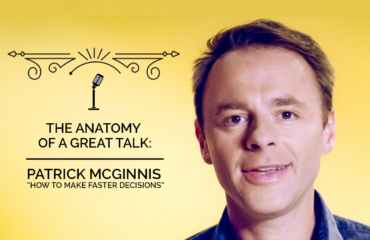 The Anatomy of a GREAT Talk: Patrick McGinnis “How to Make Faster Decisions” 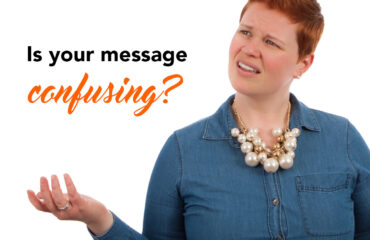 Is your message confusing? 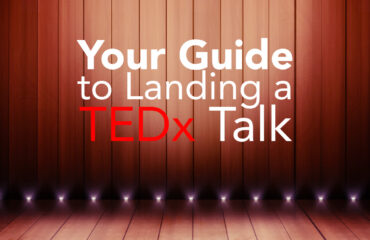 Your Guide to Landing a TEDx Talk